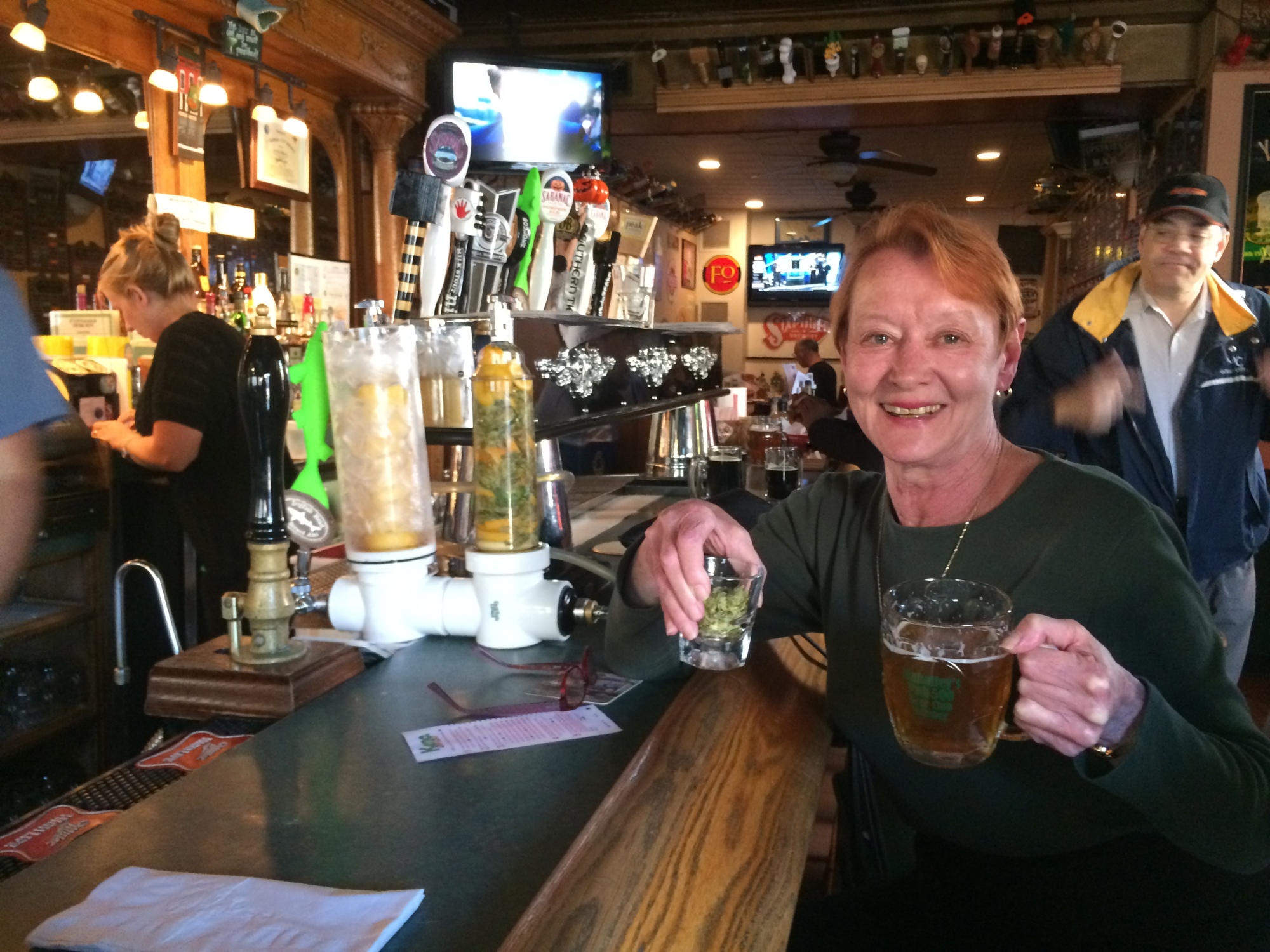 It’s hard enough to drink a thousand different beers at the same place. I should know: I did it and it took years. When I pulled it off in 2009, I decided to get out of the arms race.

Mahaffey’s Pub in Baltimore’s Canton neighborhood has a way of making drinking competitive with their vaunted beer club and at the time, I realized there was no way I was going to catch the leader almost a thousand beers ahead of me.

I made a wise decision to quit competitive craft drinking in 2009, because lurking right behind me on the beer club leader board was Canton’s own Jo Jo Barker, a former Miller Lite imbiber turned craft quaffer. She is a regular at Mahaffey’s, and by regular, I mean almost every night. I was proud to be the first member of the malt media to document her tales of heroic prowess when I gushed in adulation in City Paper on the occasion of her 3,000th unique brew back in September 2014.

Fast forward to February 13, 2017–a date which will live in Craft Beer Infamy.

Last night, Barker drank her 5,000th unique beer at the Canton pub, instantly making her a legend in the eyes of craft aficionados. To the best of our knowledge, no man or woman had ever accomplished the herculean task of killing 5,000 different brews in a single Baltimore bar. Barker weighs about a hundred pounds, which makes it all the more amazing. Upon seeing the large crowd who came out just to watch the epic feat, she exclaimed, “Wow! All these people. I can’t wait for my funeral.”

She then proceeded to down 20 ounces pulled from a cask of extra-hopped Union Duckpin Pale Ale made especially for her. The deed was done. History made.

Union Craft Brewing, along with the support of SPBW President Jason Black, compiled a list of statistics to put the milestone in perspective. For example, her 5,000 pints is enough to fill 78 kegs. If you drank one beer every ten minutes,  it would take you over a month to hit 5,000 and then you’d have to wait 17 months to sober up to legally drive home. Speaking of home, DO NOT try to do this at home or at Mahaffey’s Pub.

Congratulations, Jo Jo. You are inspiration to us all.