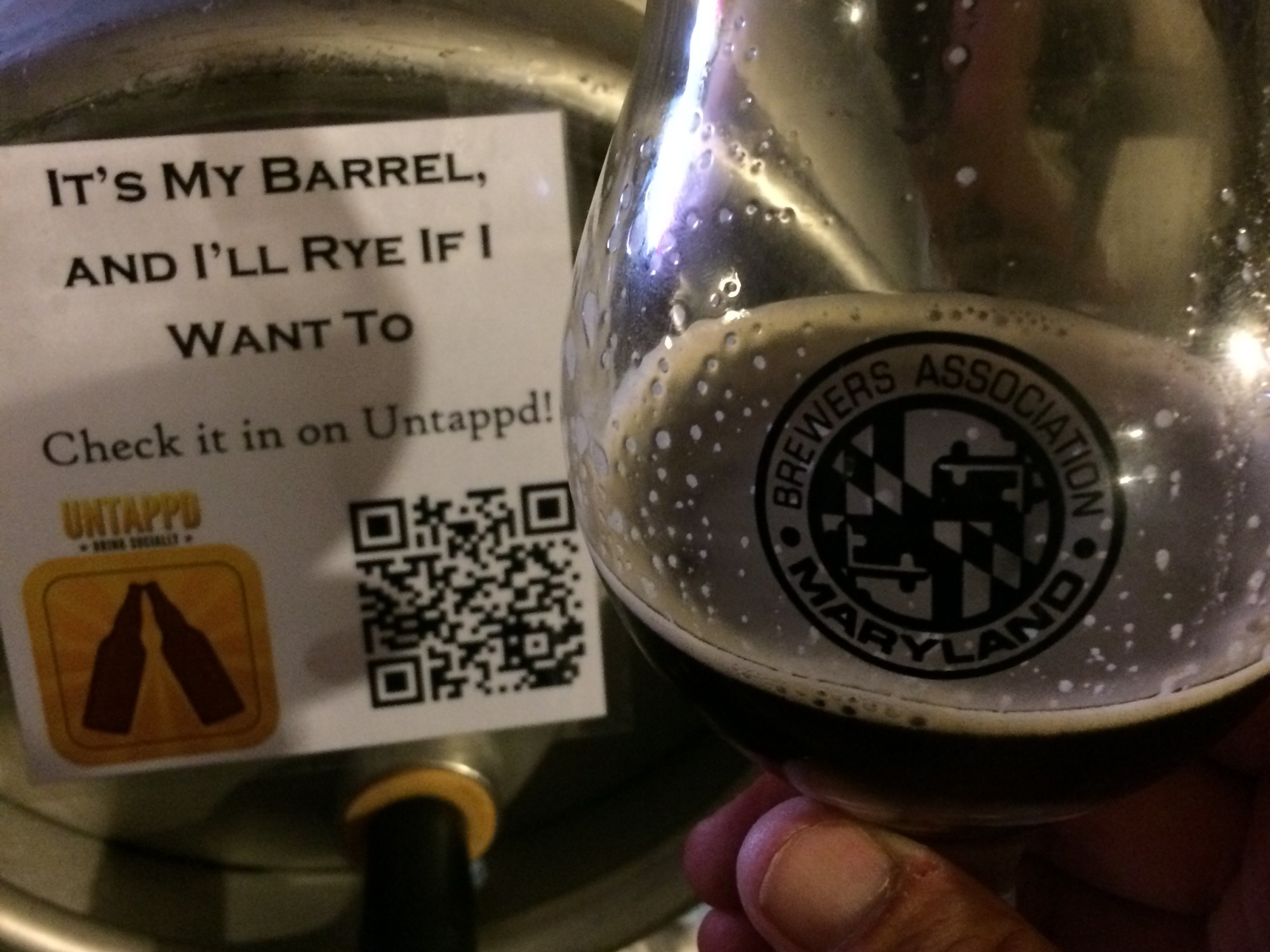 It’s Their Barrel and They’ll Rye If They Want To: Checkerspot, SPBW Team Up
Steve Fogleman, Baltimore Beer Baron

The Chesapeake Bay Branch of the Society for the Preservation of Beer From the Wood is a great group of local brewers who love to push the barrel, er, envelope. And I just had one hell of a beer this past weekend in Rosedale. When I told friends I’d had one of the best beers in my life in Rosedale, Maryland, people wanted to know what was up with that. It’s about the furthest thing from a beer hotspot. But the brown barrel-aged rye I had in the basement of the home of SPBW members Julianne Haciski and Brent Riha on Saturday put L’il Rosedale on the beer map for a day.

From the words of Jason Black, SPBW President:

One day, Jason was at a beer release and ran into Steve Marsh (Checkerspot Brewing co-founder). Steve said he had recently acquired several empty 30-gallon rye whiskey barrels from Catoctin Creek Distillery (in Purcellville, Virginia). He gave most of the barrels to local breweries but he still had one left over. He gave the barrel to Jason, on behalf of the SPBW. Jason, along with six other homebrewers, decided to do something with it.

So Black, along with Riha, Haciski, Rick Noble, Greg Spacek, Dave Carpenter and Mike Sherman, each brewed brown ales with rye. At least one batch was an Imperial Brown, one was hopped with the 7 “C” hops. In the end, the brew was made with 13 different varieties of hops and at least 17 different grains.

Then they let the barrel do its magic. The result was a smooth concoction with just the right amount of oak.

The two men in Checkerspot’s life, Steve Marsh and Rob Neff were on hand to crank the beer engine for 30 lucky guests.

“We hope to open with 5 or 6 beers and once we’re up and running, 8 to 10. We’ll always have a cask on tap, small-batch stuff,” Neff told me over a pint of the oaky elixir.

Checkerspot will open with a 15 barrel system and a 20 gallon pilot.

On tap: Neff says to “expect the Juniper IPA, a Saison, and a Crab Stout that’s off the hook.”

On the pilot: “To have the pilot system to keep people intrigued is so important to us.”

The two-story taproom at 175 W. Ostend Street will have a capacity of 200 and is expected to open by November. From the looks of the crowd at Rosedale last Saturday, they’ll have lots of regulars.