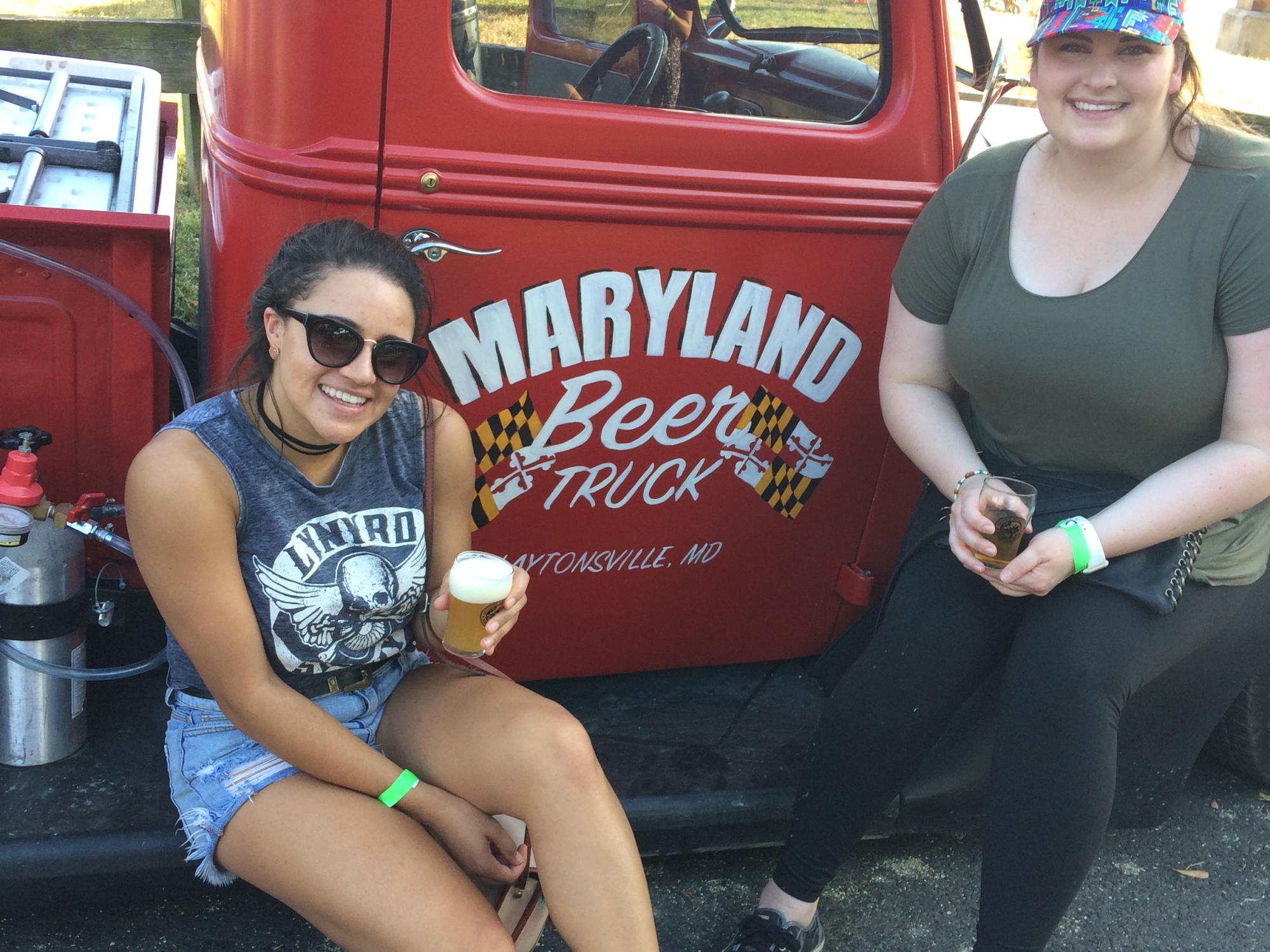 The Brewer’s Association had a hard-fought year in 2017, so they deserved perfect weather for the 2017 installment of the Baltimore Craft Beer Festival at Canton Waterfront Park. After rain and cold at the event in 2015 and a wind that almost blew over beer tents in 2016, Saturday’s annual event was held under sunny skies on a perfect Indian summer day. Perhaps that portends a rosy 2018 for Maryland brewers.

With 45 brewers on hand and many of them bringing new releases, there was something for everyone. Maryland law has relaxed caps on off-premise sales at beer festivals and the bottles, growlers and cans were flying off the shelves on Saturday. Organizers even provided a bag check so that imbibers didn’t have to lug their purchases around during the event. With live bands and some of the region’s best food trucks on site, there were plenty of people who could’ve stuck around for several hours after the 5:00 p.m. closing and drained all of those kegs for the brewers. But alas, the brewers got up early that day and hand-trucked their precious wares from all over the state. It’s exhausting work, but it’s a labor of love.

Brian Ogden was deep into a food truck gyro when I caught up with the Attaboy Brewing co-owner. After he took a break from the sandwich, he told me what got him out of bed that morning. It was Attaboy’s first time at the Baltimore event as the Frederick brewery opened in January.

The big reason that we’re here today is to support our brewer’s association. I don’t think people realize it but this is a big fundraiser for our guild. All of the money from this supports our efforts in Annapolis. We need to have a full staff to make sure that our beer laws are better than they currently are, and so we don’t get bamboozled like almost happened this spring. —Brian Ogden, Attaboy Brewing

As we spoke, I sipped a Guava No Guava, Attaboy’s “super-juicy” tropical IPA “where if you stick your nose in the glass, it smells like you’re in a ripe Guava orchard, if that’s a thing,” Ogden said. As I sipped the Guava No Guava, a woman came up behind him and chowed down on his gyro.

Ogden was modest about the increasing amounts of newcomers and out-of-towners who make trips to his brewery. “They go to Flying Dog and we’re lucky enough to get a little trickle down from them,” he said. He loves living in Frederick, the new de facto brewing capital of Maryland. “My wife and I can walk to work, we can bike to work,” he said as he motioned to the woman finishing his gyro, better known as Attaboy co-owner Carly Ogden. “Half of the people who come in and buy our beer we know by name.”

Callie Pfeiffer of the Brewer’s Association agreed. “Festivals like these mean the world to the Brewer’s Association,” she said. “Festivals are one of our main sources of revenue and how we keep things going. The financial aspect of it is incredible, but what really gets us is the community aspect of it,” Pfeiffer continued. “We love the community out here tasting great beers and supporting us. It means a lot to see everybody come out and do their part.”

The brewers ran the gamut on Saturday, from the mammoth operations of Heavy Seas and Flying Dog to the ½ barrel system of Falling Branch and River Fire’s residential basement brewing as they look for real estate. Speaking of River Fire, their Mr. IPA was one of the best new beers I tasted on Saturday and I look forward to visiting when they do find their permanent paradise near the intersections of I-695, I-70 and U.S. 29.

Wait. There’s more! We busted out the video camera and spoke with David Palmer of Brewery Fire, Katie Curl of Brookeville Beer Farm, Richard Mak of the soon-to-be Balt County Brewing taproom, Mike Roy of Franklin’s Brewery and Canton resident Rob Galbreath about Falling Branch Brewing and his goat Pebbles, who adorns the cans of their Intrepid Farmhouse Ale.