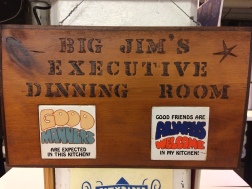 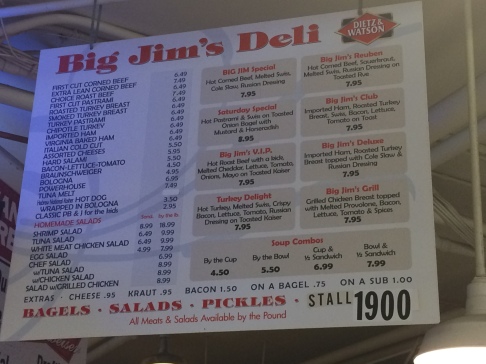 Big Jim’s Deli, a long-time fixture of South Baltimore’s Cross Street Market, will close on December 16. When I visited Anna Epsilantis last Friday, the owner of Big Jim’s and a constant presence in Federal Hill, she told me that she’s decided to hang up the apron after 38 years at the Market. Big Jim’s Deli has served as a sponsor of Baltimore Beer Week and has provided countless thousands of dollars to local fundraising and charitable causes throughout the years. When I arrived for a Big Jim’s corned beef, all tips earned on that day were going to the Allen Senior Center in Locust Point.

In 1979 when my Dad, Big Jim, asked me to fill in at the deli until he found new help, I had no idea I would still be here today.

Over the past 38 years, I have met so many good people and made many good friends. I want to thank you all for your support and being part of my life. The new redevelopment team and I have mutually agreed to part ways. I plan to close my family business on December 16, 2017. I wish the remaining merchants and the new merchants in the Cross Street Market the best of luck.

Epsilantis’ father, “Big Jim” and her family have worked in Cross Street Market since at least 1960. Anna came on board in 1979 and still considers her finest moment the surprise party put together by her son Phillip at the 8×10 to celebrate her 30 years in business in 2009. “After we had dinner we’re walking down the street and pass the 8×10,” she told me, “and he says ‘I want to go buy a ticket to a show.’ The place looked dark, but he told me he could still buy a ticket inside. So he opens the door, makes me go in first, and there’s over a hundred people in there. I’m not a person who’s easily surprised, trust me. I was flabbergasted. I had to walk back outside and catch my breath because I was shocked. That was probably the nicest thing that’s happened to me in this community,” she recalled. That night, while a live band played, she received citations from Mayor Rawlings-Blake, State Senator George Della and the local Delegates. Her old friend, Delegate Brian McHale was there to present her with the proclamations.

Epsilantis said that she’ll miss “the people” the most. “I have met so many friends here,” she said. “I like people and I’ve made so many friends. I’ve met people from all walks of life, because I’ve always said, ‘Anyone who is anyone comes through the market eventually’. Everyday, I see so many great friends. Big Jim’s is Cheers. It’s the Cheers of the neighborhood.”

What’s her next act? “I think I need a vacation,” she said without hesitation. “I’ll take it one day at a time.”

Cheers to the grande dame of the Cross Street Market for doing her part to make Baltimore a very friendly place to live.