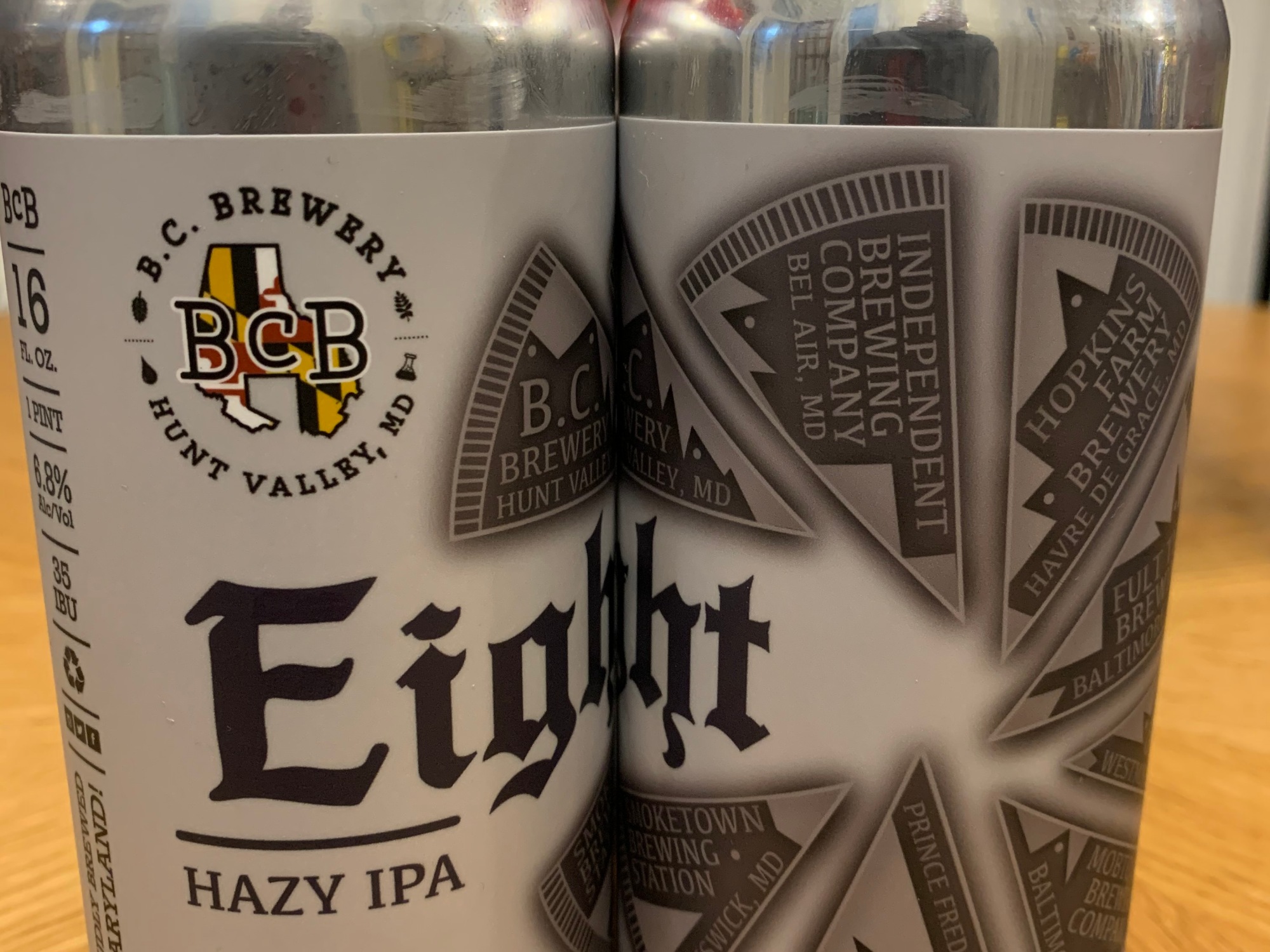 What was a hophead to do during Baltimore City’s recent bar and brewery lockout, which lasted for a very long 42 days from December 11-January 22?

This one headed to Baltimore County, hon.

First up was Poole’s Island Brewing in Middle River. Open at 50% capacity, Poole’s Island is making the best of it. The brewery turns 2 on March 1st, and was forced to cancel a planned celebration last year due to COVID-19. This year, they’ve rescheduled the 1st anniversary bash for May. Poole’s Island is planning to book 8-10 bands and release the popular moustache series from last year, crafting brews inspired by facial hair.

Owner Roger Bedard went looking far and wide for a brewer when he decided to make beer for a living.

“I went around to a bunch of breweries. I wanted to find someone outside of Maryland”, Bedard told me, as he thought it would be a good idea to find “someone who learned in far-off places.” His search ended with a meeting with Patrick Jones. Jones had been brewing successfully for Big River in Nashville and with Gordon Biersch. “All of the guys who want to open up a brewery want to deal with production. They want to be back of house. They think it translates directly into the beverage,” Bedard said. “But, at the end of the day, someone has to do the paper work and cut the checks and they may not have any experience with that. I can’t do what Patrick does,” he admitted.

Jones’ offerings have been a big hit. The namesake of the brewery is nearby Poole’s Island, which is owned by the U.S. Army and a part of the Aberdeen Proving Ground. His nod to the history is the “Proving Ground Experimental Series”, wherein the regular beers get a big hop bump. Jones released the second in the series over the winter. It’s called Bay Hazier and is a jacked-up version of their taproom staple Bay Haze IPA (6.9%) but with a lot more Mosaic Hops added to the finish. In addition to more traditional styles, he was one of the first in the State to create craft seltzer and beer/wine hybrids. Maryland breweries are generally prohibited from serving other types of alcoholic beverages, so Jones created a malted wine juice which tasted just like a Chablis.  “The beer’s been de-emphasized,” he said. “It comes across a lot more like a wine.”

These gateway brews are a way to offer more choices for the consumer and bring in new customers who aren’t necessarily hop heads at all. “If you’re not innovating, you’re out of business,” Jones said.

The craft seltzers have been so popular they’ve already gone through a plethora of styles. Think of classic mixed drinks like Cosmos, Old-Fashioneds, Sidecars and Magaritas. Poole’s Island has released all of those flavors over the last year. They’ve even brewed up seltzers to represent the three legs of Horse Racing’s Triple Crown: the Mint Julep for the Kentucky Derby, the Black-Eyed Susan for Baltimore’s Preakness Stakes, and a Belmont Jewel for the Belmont Stakes. Who knew any Triple Crown drink called for Pomengrate Juice?

Bedard, who hails from Massachusetts, spoke with me about his deep knowledge of the acclaimed New England brewing market before pivoting back and adding, “We’re looking to do our part to put Maryland back on the beer map.”

I stopped in on a weekend at Hunt Valley’s BC Brewing and there was no shortage of customers or beers. In January, the brewery released Minty Mustache Peppermint Porter (5.2% ABV) and Barrel Aged Hell is Coming to Breakfast Imperial Stout (11.2% ABV). This is another brewery that is going out of its way to please all palates, with 28 taps of different beers, not including two beer/wine hybrids and a cider.

On the way out, I grabbed a 4-pack of the last of the Eight Hazy IPA (6.8% ABV), a collaboration brewed onsite at BC by—you guessed it—8 Maryland breweries. The Brewers Association of Maryland received proceeds from the sale of the beer to continue advocacy for the industry and on behalf of the collaborators, who also included Smoketown Brewing (Brunswick), Full Tilt and Mobtown (Baltimore), Mully’s (Prince Frederick), Independent (Bel Air), Hopkins Farm (Havre de Grace) and Pub Dog (Westminster). Although it wasn’t the slightest bit hazy, it was a solid Hazy, fruit-forward and with a dry finish. Now that the City is back open, it’s time to give some love to Charm City brewers.