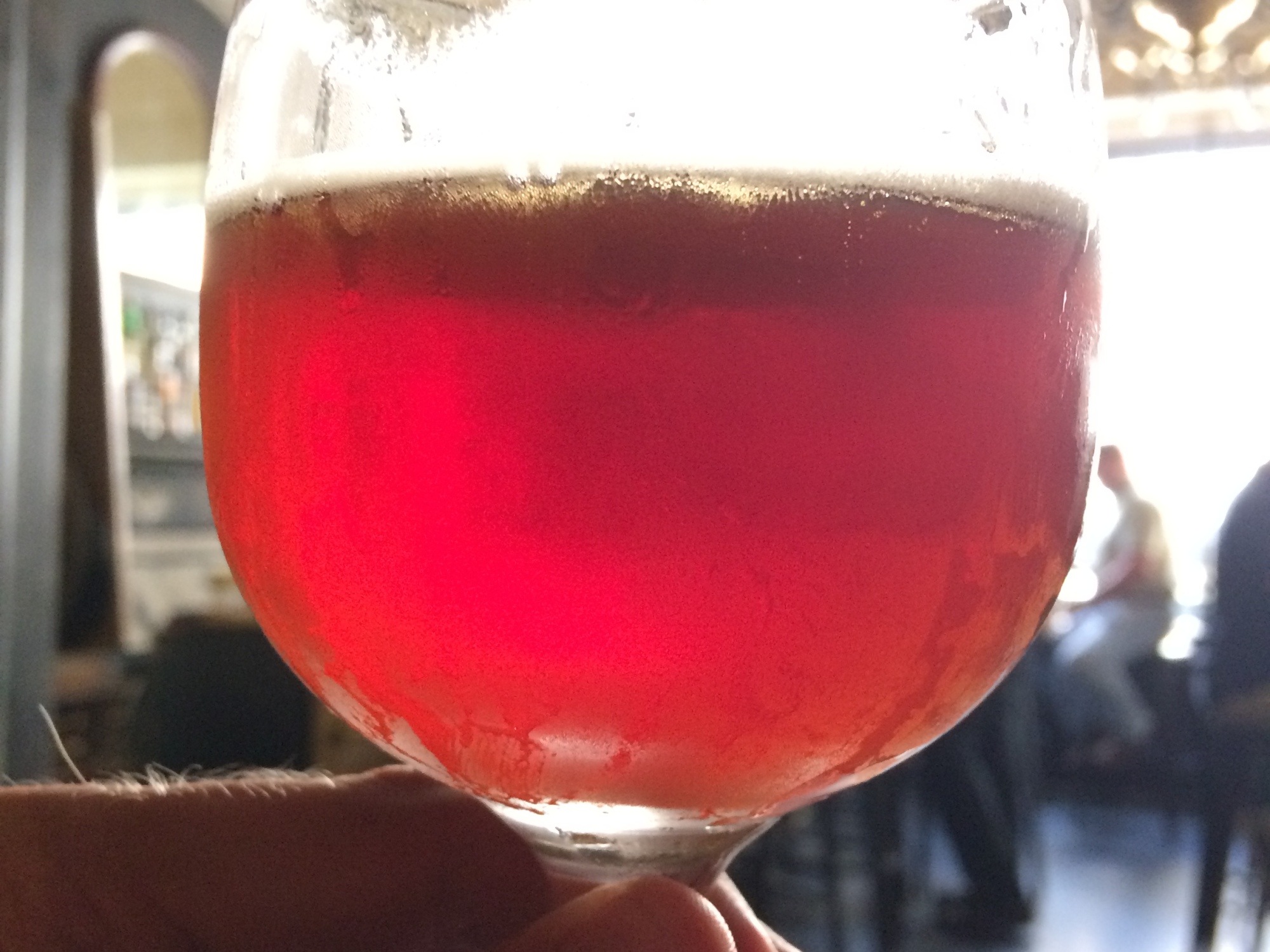 The @BrewersArt Turned 21. Like You, It Celebrated!
Steve Fogleman, Baltimore Beer Baron

The Brewer’s Art turned 21 yesterday, which makes everyone reading this feel a little old. The bar that brought Baltimore its own Belgians, Rosemary Garlic Fries With Mayo and a lot of fancy to the local craft beer scene was already jammed when I walked in ten minutes after it opened yesterday afternoon. September 13, 1996 was a long time ago in the evolution of Baltimore’s restaurant and its beer scene.

Allow me to turn the mic over to Brewer’s Art Founder Volker Stewart:

“The restaurant can finally drink legally now, which been a long time coming. What can I say? I’m just really really happy to say that we’ve been able to stay open and relevant for 21 years. The city, the surrounding area and the surrounding states have been remarkably good to us. But without the people in the neighborhood, it would’ve been hard to stay open for the first few years. I’m just grateful for Mount Vernon, for Baltimore City, for the beer community in the greater Baltimore/Washington area. I’ve got to give a big shout out to all my staff, too. They’re about 500 people who have worked here over the last 21 years and each one contributed.”

“We’ve never really done a major re-invention of the business because we’ve never had to. Obviously, there’s been new chefs coming in, going in a slightly different direction, and we’ve played with new beer styles and gone in a slightly different direction. Back in ’96, we were pigeonholed as ‘[T]hey’re the people who make the Belgians’, which at that time was labeled as exotic. Then it was a crazy thing and now everyone does something that has a Belgian influence in it.” 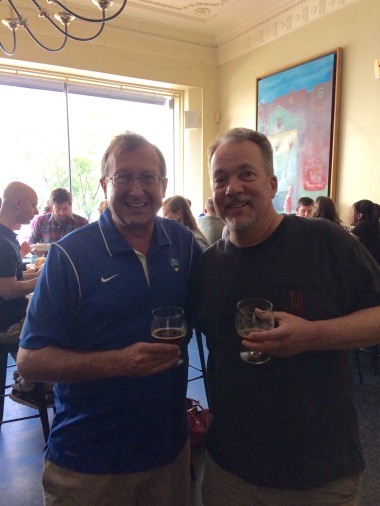 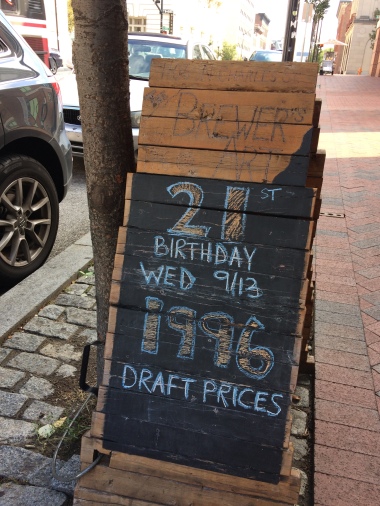 What about my thought that you fancified the craft scene in this town and now I could bring a non-beer drinker into Brewer’s Art and impress them and maybe turn them into a craft beer nerd?

“At the end of the day, it’s still just beer. And a lot of my brewing colleagues might not care for that classification, but if people can just sit down and enjoy a beverage, whether a Penguin Pils or a barrel-aged Rye, it’s just a beautiful thing. I think the surroundings of the neighborhood and the space forced us to make it a little fancy, but otherwise, I think we’re a pretty low-key, egalitarian fun place to go.”

This year’s birthday beer is “21”, a barrel aged version of 7 Beauties, a beer first brewed for Brewer’s Art 7th anniversary and called the 7 year Itch, but this time aged in Sagamore Rye barrels, which didn’t exist 14 years ago.  “It’s a 3rd 7 year Itch,” Stewart joked. This place is no joke and has been a crown jewel in Baltimore’s brewing nightlife since most of us were in craft beer diapers and I hope the bus from the assisted living facility gets me to Brewer’s Art (and back) for the 50th anniversary in 2046.